A garden festival for the community…

The Mid-Mountains Garden Festival has been an annual Spring celebration of beautiful gardens in the Blue Mountains, west of Sydney since 1984. It will celebrate its 36th Festival in 2022 on 10-11 September and 17-18 September.

The Festival raises much-needed funds for the students at Hazelbrook Public School, bringing the school, broader community and like-minded gardening enthusiasts together.

This year, eight gardens from Linden to Lawson will be open to the public, four old favourites and four newly discovered gardens that will make their Festival debut.

Hazelbrook Public School is eternally grateful to these garden owners – past and present – for their generosity of spirit in sharing their gardens to support the school community.

It started with a gardener and a parent…

In 1984, a gardener with a lovely garden in Hazelbrook approached a parent who was President of the P&C (Parents & Citizens) Association of Hazelbrook Public School with an idea. Mrs Ruth Taylor wanted her garden “Maple Lodge” to be open to the public to raise funds for Hazelbrook Public School. The parent was Lindsay Alexander McLeod who also happened to be passionate about his local community and committed to promoting and building the local school in every way possible. He was a driving force in countless P&C fundraising events. All his children attended Hazelbrook Public School as did two of his grandchildren.

Not long after Ruth made her offer, more enquiries were made to gauge interest and they found five other local garden owners who were also happy to contribute. It was the culmination of Ruth and her husband Allan’s initial generosity and Lindsay’s efforts that these gardens formed the first Mid-Mountains Garden Festival.

The Festival just broke even in its first year but now it is one of the most profitable events of the school calendar and continues to be run by the P&C Committee, a group of parent volunteers.

The Festival’s fundraising efforts have made a number of P&C Committee initiatives possible. They include the school’s greenhouse which continues to play an integral part of the school’s fundraising with several plant stalls throughout the year, the main playground Bunmarra, the multi-purpose sports courts, the ‘Sharing Knowledge’ circle and garden that connects students to our Indigenous history, as well as classroom environment improvements like air conditioning and block out blinds. This year, funds raised will go towards a nature playground that further develops existing outdoor areas to harness student creativity, health and well-being as well as instilling responsibility, love and respect for our natural environment through play. 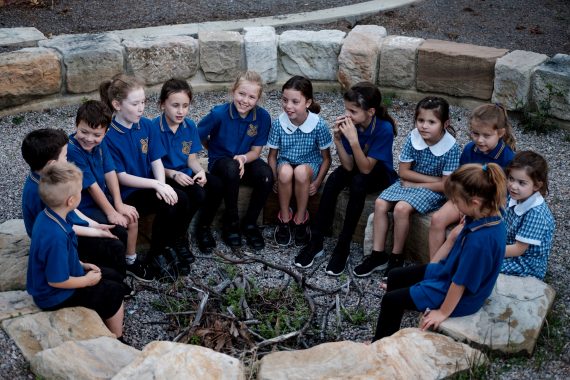