More than just a garden festival… 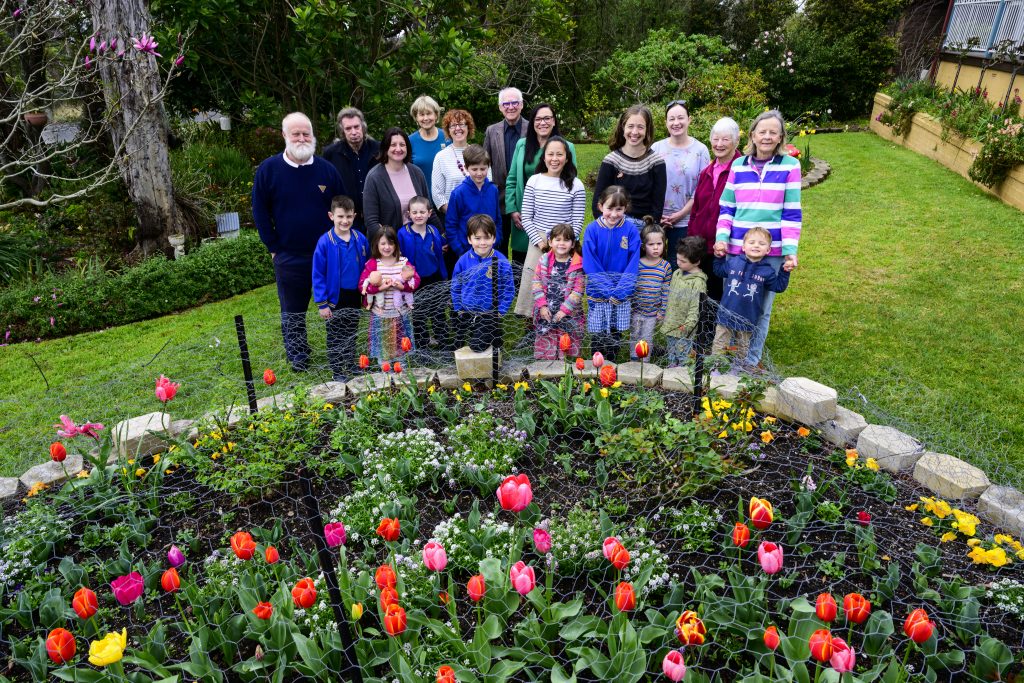 Luck was on the Mid-Mountain Garden Festival’s side this year as it joyfully returned to the local community. Eight private garden gates from Linden to Lawson were swung open to the public with cheerful “Welcome” signs outside each one to invite everyone in.

The Festival’s story dates back to 1984 when a local gardener, Ruth Taylor, proposed her ‘garden village’ idea to the President of Hazelbrook Public School’s P&C Committee at the time, Alexander Lindsay McLeod. The task was undertaken by a small team of parent volunteers and continues to the present day. The generosity of local gardeners and the support from local businesses has enabled the Festival to become both a fundraising tradition to raise money for Hazelbrook Public School and an annual community event that draws visitors from all over Sydney and beyond.

Over the weekends of 10 Sept and 17 Sept, quiet residential streets were bustling with activity by 9.30 in the morning. Neighbours from across the road, families and garden enthusiasts from near and far were heading excitedly to explore their first garden on their Festival trail.

At each garden gate, a friendly volunteer checked tickets and greeted you like an old friend. For some locals, the person probably was. It was clear from the start that this event was not only well-loved by the community but also had the support of its local businesses – Bendigo Bank in Katoomba, Hobbs, the local beauty salon, post office, vet, and accountant in Hazelbrook were all sponsors. There was even a raffle with 19 prizes (sold confidently by a twelve-year-old at one particular garden gate). 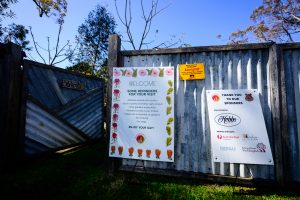 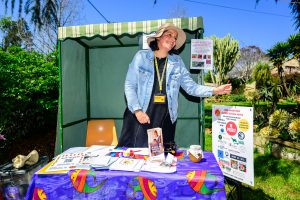 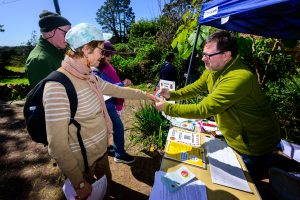 In Linden, Totoro wowed many with its mesmerising rooftop and signature Totoro teahouse which captured the imagination of many anime fans. Aldebaran’s front lawn was picture perfect with its 1920s bungalow and vast array of interesting succulents.
In Woodford, visitors were once again charmed by Tanglewood, the longest running garden of the Festival, and stunned into silence by their Zen garden of maples and ponds amidst ancient rocks. Newcomer Stoneholm Lane didn’t disappoint with its beautiful formal terraces that drop effortlessly to bush and bluff, and the corner block of Arcadia garden was a lovely, welcome delight.
Then in Hazelbrook, it was no surprise to find a crowd at the main Festival garden of Tarraleah where visitors had plenty to see and do. Its driveway had been converted to a little marketplace where jams, chutneys and plants were being snapped up. Visitors were sitting amongst colourful tulips, enjoying tea, coffee and baked treats alfresco;  while others explored the tiered maze and espaliered orchard down the back. Around the corner at Elvis garden, some visitors were entertained by an impromptu song from the garden owner.
Last but not least, Lawson offered up Djurali – a cosy garden patch where kids played in the sandpit and cubby while the adults contemplated how they could replicate the veggie and wildflower garden in their own homes. 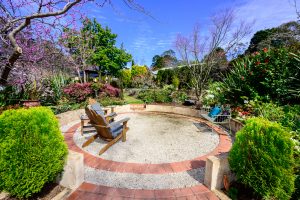 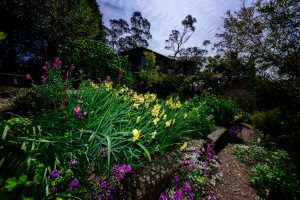 Every garden had kids with their scavenger hunt booklet in hand, gleefully spotting and marking off art objects that each Hazelbrook Public School class had done with their teacher. Their incentive? Finding 7 earned them a prize. It was a delight to have children scampering about the gardens, determined to uncover more. 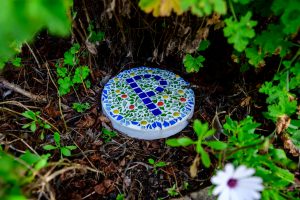 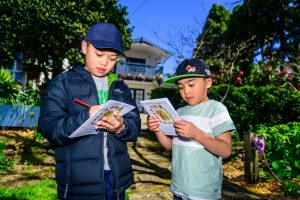 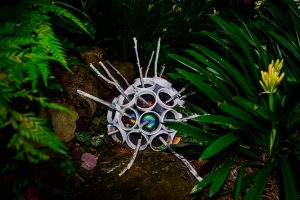 As it turns out, The Mid-Mountains Garden Festival is much more than just its gardens. It’s become an occasion that shines a light on the wonders of gardening, human connection and generosity of spirit. As the story of its existence shows, it’s also a celebration of the magic that happens when a community comes together.

MORE PHOTOS FROM THIS YEAR’S FESTIVAL